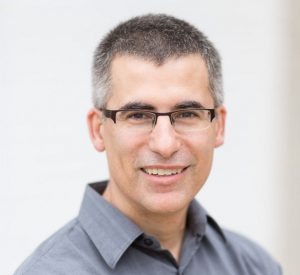 As a writer, director, and producer I've worked in a broad range of styles and media, consistently demonstrating a commitment to storytelling excellence.

I began directing live-action films in 2000, with my first short film jane. A quiet character study, jane played fifteen film festivals and won two awards. My next film, Bounty, reinvigorated the classic "B" Western by fusing stark black-and-white cinematography with a modern approach to editing and camera movement. Bounty was honored with multiple awards and nominations on the film festival circuit. American Cinematographer chronicled its production in its March 2003 issue.

My experience producing and directing the music video Where U At? was a turning point in my career. I'd already taken on a difficult task - creating a visually-compelling music video with only $500 and a green screen. But the task was made near impossible when, just I'd completed editing the artist's performance, the project's motion graphics artist dropped out. Left with no other options, I set out to finish the project myself.

Where U At? opened my eyes to the possibilities of digital filmmaking. I immediately began exploring computer animation in addition to motion graphics. My investment quickly paid off in a commercial project for the Geffen Playhouse and a short-form project for the U.S. Army, "Trouble at Checkpoint Four". The success of these projects quickly led to projects for the National Geographic Channel, Twentieth Century Fox, and Dreamworks Feature Animation.

In 2007, I joined Chicago-based Midway Games as its Cinematics Director. As Cinematics Director, I was creatively responsible for in-game cut scenes on a variety of Midway titles including Mortal Kombat vs DC Universe and Blitz: The League II. When Midway was purchased by Warner Bros. in 2009, I continued in an expanded role, co-writing and directing the in-game cinematics for the 2011 re-boot of Mortal Kombat.

Mortal Kombat's cinematics script earned myself and my co-writers a nomination by the Writers Guild of America (WGA) for Outstanding Achievement in Videogame Writing in 2012. The game's cinematics were also featured in the July 2011 issue of American Cinematographer. My contributions to our studio's string of successful projects then continued with the co-writing and directing of the cinematics for 2013's hit Injustice: Gods Among Us and 2015's Mortal Kombat X. Injustice's story was the basis for the best-selling comic book series of the same name.

Beginning with Injustice 2, and continuing into Mortal Kombat 11, I have transitioned into a new role as NetherRealm Studios' Story & Voiceover Director. In this capacity, I lead our studio's overall writing efforts, direct our titles' vocal performances, and work with external partners to make sure our games' narratives are properly represented in other media.

I am a Michigan native transplated to Chicago. I did my undergraduate work at the University of Michigan's Stephen M. Ross School of Business before earning a law degree from the University of Michigan Law School. Before turning to filmmaking, I practiced as an attorney and certified public accountant. In addition, I built a successful software development practice, building sophisticated tools for international tax and payroll management.

🌡2020 was 1 of 3 warmest years on record, with:
🧊ice sheets melting,
💧ocean heat at record levels,
🔥wildfires, 🌊flooding, 🌀hurricanes & other worsening impacts of the climate crisis, all pointing to urgent need for #ClimateAction.

The need for #climateaction has never been more urgent. The Climate Finance Leadership Initiative works to accelerate the transition to low-carbon economies in emerging markets by helping drive investment from the public and private sectors.

Tear-gassing apartments. Pepper-spraying journalists. Blocking a church. The American police state is fighting for its life in Brooklyn Center, and it's terrifying

The police, troops are violating our human rights and making us less safe. My new column https://www.inquirer.com/opinion/brooklyn-center-protests-police-arrest-journalists-20210418.html